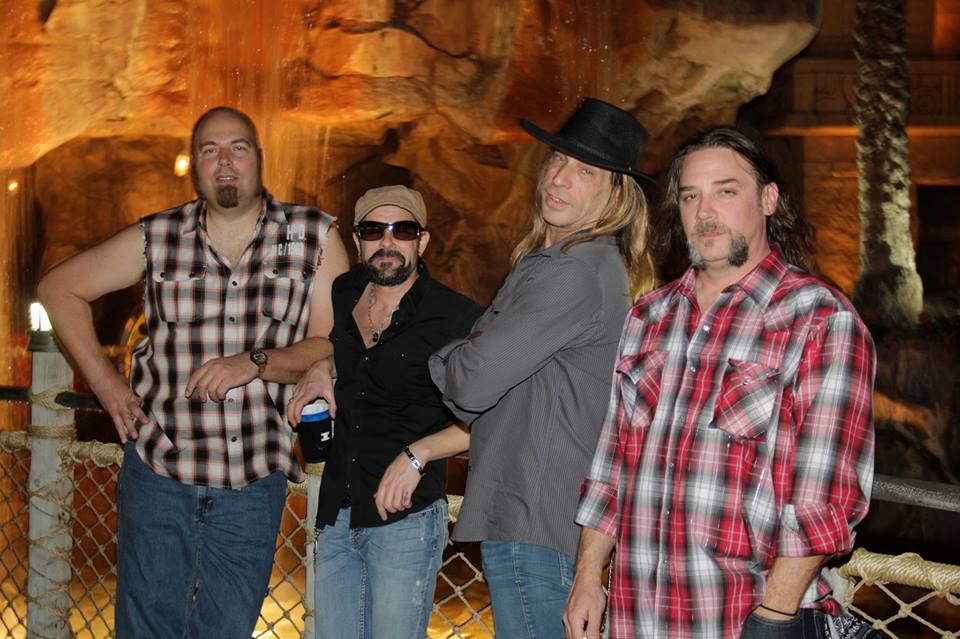 Originally from St. Charles, Missouri, and the son of a musical family (both his mother and father were singers and songwriters), Zak Perry was curiously destined not to become a musician. Instead he was to become a professional golfer. This did not sit well with the young man, however, “I knew deep down that this was not the direction I wanted to take. That’s when I decided I wanted to set up a band. It was certainly a form of rebellion,” Zak recalled to the Texas based www.galvestonislandguide.com website.

The burgeoning rebel, then formed the group Zakenger with his childhood friend and recorded 2 albums in the early 90’s. Although the group found significant regional success in the mid 90’s, the ever-restless Zak disbanded the group and took off in the direction of New York City, armed with his only guitar and his dog, named what else? Rebel.

During his tenure in New York, Zak made several fateful encounters including Tim Beattie of The Four Horsemen and Marry Me Jane and guitarist Tony Saracene. However, there was one chance meeting that would solidify the next piece of the musical foundation that Zak had been trying to construct since he wrote his first song at the age of 13; in 1997 Zak met guitarist Vern Vennard.  Vern, who’s most recent gig at that point had been as a guitar tech for Marry Me Jane recalls, “Tim and Zak were part of a songwriters circle gig at the Bitter End in New York City. I was just hanging out cuz I knew so many of the cats that were playing that night. I was hanging backstage and he came up to me and said that he had a small mid-western tour coming up and would I be interested in going with him. Except, I thought he wanted me to be a guitar tech!”

Vern realized that Zak actually wanted him in the band when, just before leaving, he turned to Vern and asked, “you play slide, right?”

So began the journey that took Zak and Vern from NYC to Memphis, TN and then to St. Louis, MO where they meet the next person to become a loyal musical companion: Drummer Jason Charron. With a revolving cast of bass players in tow, the core trio leaves the Midwest for the musical Mecca of Austin, TX, where, in 2000, they form the combo Ma Driver. Soon after adding the fourth key player, Scott “Sting” Ray on bass Zak re-christened the group, The Zak Perry Band, further defining his true musical signature.

Musically, the band’s sonic colors are a familiar yet unique mixture of various rock and roll styles, blues, country and gospel. Their musical gumbo lead one reviewer with New York’s Village Voice to call the band’s sound “Heavy Electric Southern Soul”. Lyrically, Zak writes with a style both familiar and poetic that addresses universal subjects, evoking feelings, emotions or situations that touch each of us, highlighting them with his warm, soulful and powerful vocals.

When asked how he sees himself on the world’s vast musical scene, Zak Perry sees himself as a “rocker troubadour” and that the band’s style is broad enough to suit both ends of that unique hybrid. Indeed, he seamlessly oscillates between the styles of roots composers like Neil Young and Steve Earle and the styles more akin to a much more southern blues rock sound such as The Allman Brothers Band and Gov’t Mule.

Thus, for close to two decades the group has produced a beautiful series of albums, which included several songs (“The Falling Down”, “Somewhere In The Morning”…) that rank in the Texan Top 40 and receive various distinctions (such as that of the best band in Austin in 2005).

In addition, the band, always most at home playing live is on a series of American tours, including opening for legendary bands such as Mama’s Pride, Cheap Trick, Outlaws, Rick Derringer and Ace Frehley .

Since 2016, Zak Perry has been performing regularly for his European audiences. To date, he has engaged in five tours, either with the band or as an acoustic duo with Vern, in France, Belgium and the Netherlands. The very first acoustic duo tour in 2016 was documented by the live album “Unplugged In Belgium” , which received a rave review in Blues Magazine NL.

Stimulated by the warm European welcome, Zak and the band ensconced to their home studio in 2017 to record “Marrow”, the first release featuring the band’s brand new name of Zak Perry & The Beautiful Things. A name change that is significant in that it reflects the beautiful adventures that Zak and the band have come to know with his European audience. This veteran of the American independent scene now claims to be deeply attached to the Old Continent, a fact illustrated by adding to the Beautiful Things French musicians Julien Mahieux on drums and Guillaume Maillard on bass and by Zak now considering the North of France as his new home; shown by a brand new song, “Preux-Au-Sart”, written about the northern village in France the band uses as their European base of operations.

In fact, several brand new songs will accompany “Preux-Au-Sart” on the release of the band’s next album: “Live In France” from Yokatta Records, which is available April 2019. Although it is the eleventh release of his career it is the first that Zak has recorded outside the United States.

And so, it is to the growing audience on the European side of the Atlantic that the band now turns their attention on continuing the musical journey of Zak Perry & The Beautiful Things. Don’t Miss It!